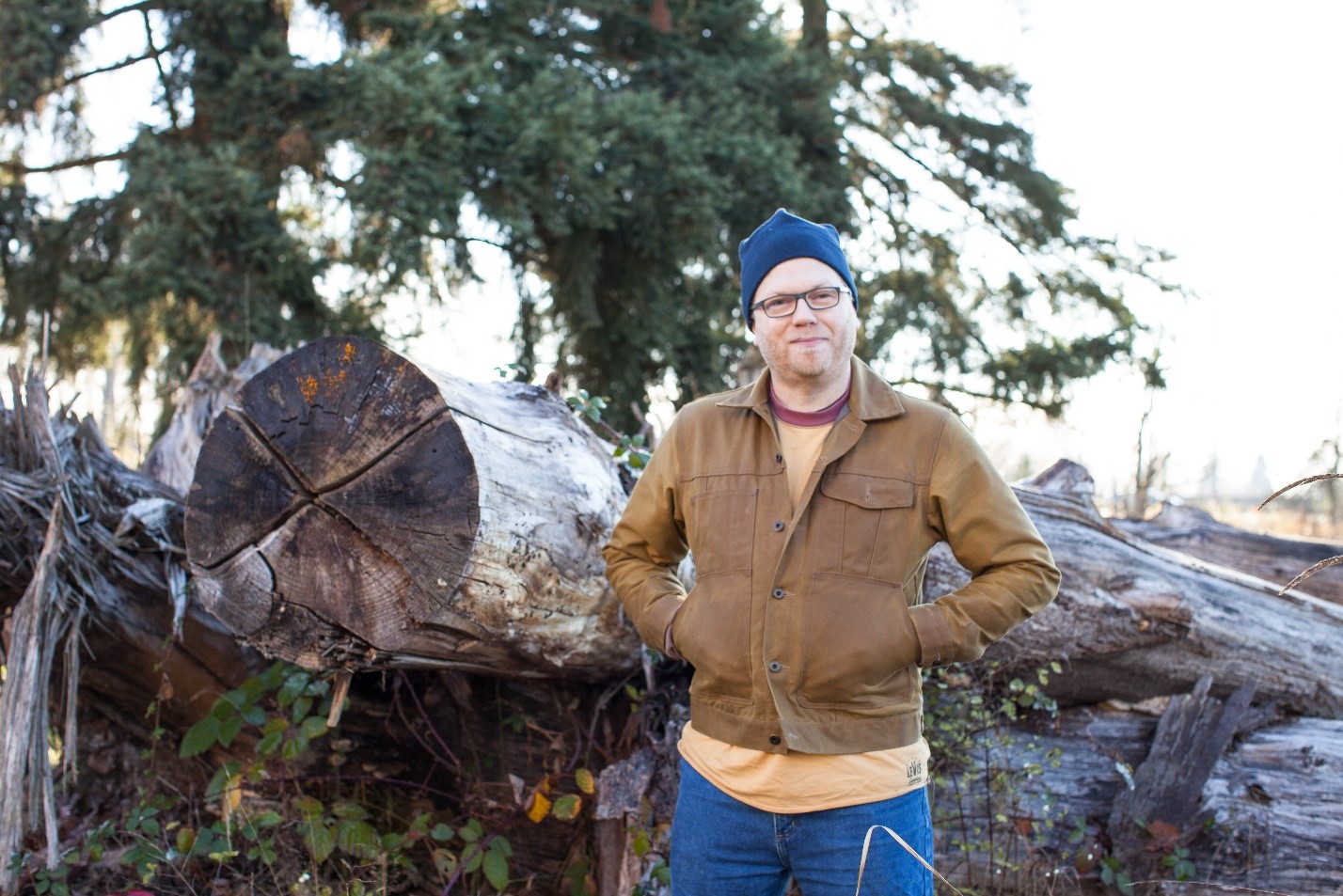 At the announcement of Halo Infinite at E3 in 2018, 343 Industries also revealed the creation of brand-new “SlipSpace Engine” technology to bring that game and its world to life. Building a game is a massive undertaking, but building a game and completing the promise of a modern, underlying engine in tandem, is a truly herculean effort.

Ever wonder how features get built and then implemented into a game, or what underlying mechanics drive a game’s engine forward? Many cross-collaborative teams work in tandem to create the framework of technologies that make a game work and function – and gives employees from every single discipline, methods and technologies to implement their work, and to test, iterate and improve it – all in a matrixed software behemoth where dozens of individuals can be building, editing adding and tuning elements simultaneously.

Josh Lindquist, a principal software engineer lead here at 343 Industries is one of the leaders tasked with building, improving and evolving the tools and tech for the SlipSpace Engine.

Josh, you’re one of the founding members of 343 Industries.  Where did you work before Halo?  What was it that excited you about moving to the, then, nascent studio?

I wouldn’t say I’m a founding member. I was lucky enough to get a position here in the early days of the studio. At the time, I was working on Train Simulator II and while the gameplay and narrative are so wildly different (well, there’s kind of not really much narrative in sims!), my early days on Flight Simulator and Train Sim II are what hooked me on working in games, because the problems I got to work on were so interesting, and the studio culture was so different from what I was used to. Being able to combine that enjoyment of the work with my own personal love of Halo was a dream come true for me and an opportunity I couldn’t pass up.

You’ve been at 343 Industries a long time, almost a decade! Do you have any memories, or moments that stand out during your time at the studio?

I look back on those days and think about how much I’ve learned about working with a huge variety of people with myriad opinions and ideas and tastes but who nevertheless work together with a shared vision that takes inputs from all of those diverse minds and voices. I think that’s one of the things that has kept me in this studio for so long. Before I came to work at 343, I worked for ~10 years on various teams at Microsoft; this is the first team I’ve stuck with for more than two years. And I think the reason is that I’m constantly being challenged, making mistakes, and learning… and that this studio values that learning and growth. Also, it was pretty cool to meet Nathan Fillion. He’s much taller [343 Industries contractual obligation from legal: “and handsomer” ] than I expected.

Being part of this industry for so long has given you a lot of insight into how the game industry has changed over time, and the multitude of challenges that have arisen with the ever-changing landscape. How have you adapted your skills, your teams and your approach to work as the scale, genres and nature of games have evolved?

We have pushed, really hard, to work more closely and more iteratively with the people using the tools we’re making. We try to build prototypes of tools and features on a weekly cadence, put those into the hands of our content creators, and learn from their feedback. We have also started using cross-functional teams to build features together, which makes us much more likely to build something that’s ultimately more useful to the people who need the tool or feature. My focus is on helping to design and build systems that unleash the creativity of our studio; I have learned so much about what creative and passionate people can do when they’re given even very basic tools, where before they had none. I am incredibly excited to see what this studio will achieve as we continuously improve those tools and workflows. 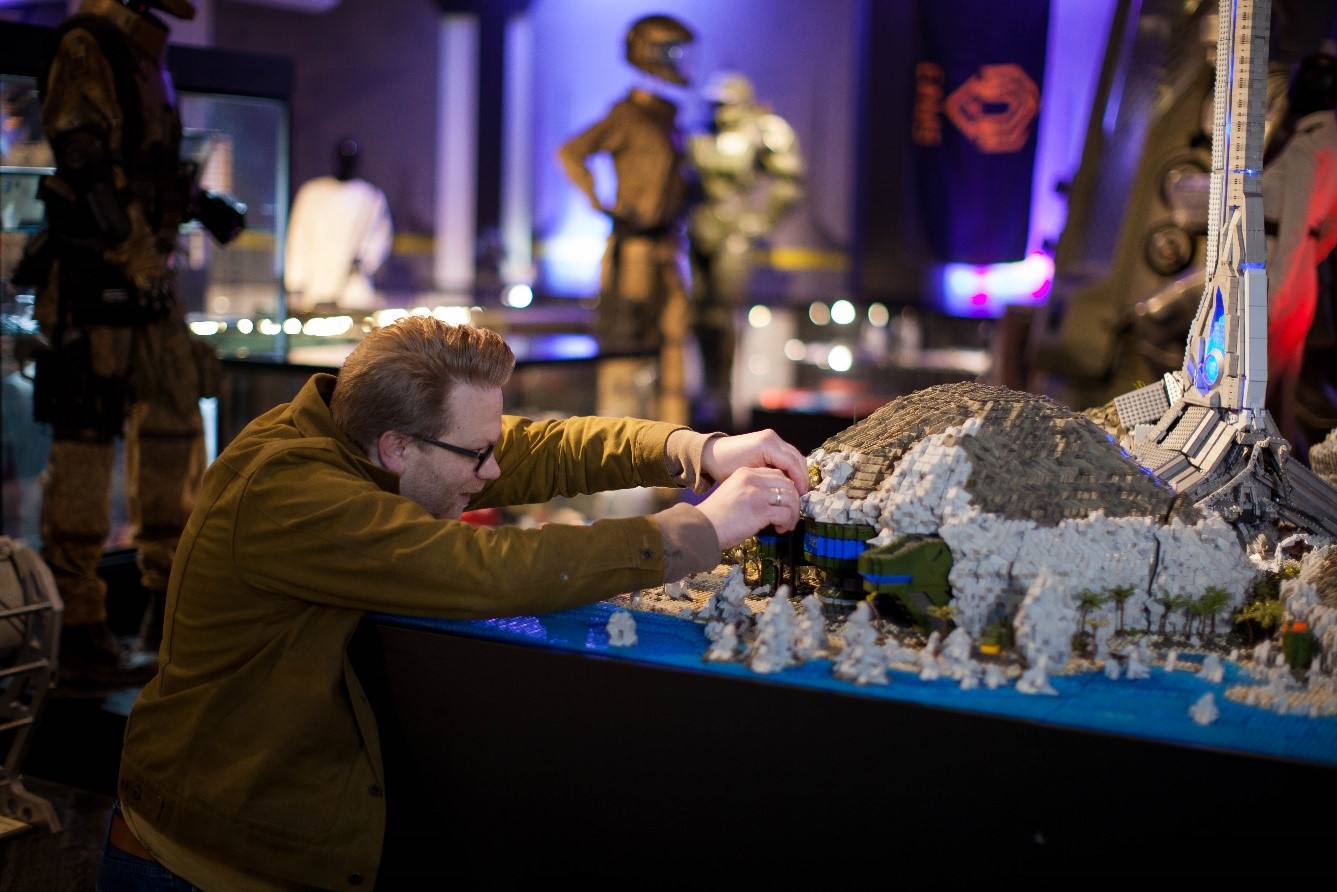 We’ve heard you are quite the builder and an IRL Forger, and love creating new things from scratch (and melting others).  What’s the last physical thing you built?  How does that compare to the process of building the scaffolding for virtual worlds?  And what’s the coolest thing you’ve ever melted

My last sizeable carpentry project was a fenced enclosure for the dogs in the back yard, with a super sweet 6 foot sliding barn door and a slapdash dog door into the house that is secured on the inside with a big screwdriver through a gate-hasp. It took the dogs a while to get used to the ramp up into the house, but now they love it. The little one goes out, stands on the arm of my reading chair, and barks at the world. I think the thing that is so great about amateur carpentry is that it is very concrete and simple compared to my day job. To start with a small project, work with my hands and get dirty and tired out and then, at the end of the day, look at a physical something I built that makes life measurably better for me and my family… well, it’s pretty great.

Coolest thing I’ve ever melted: I took a Halo action figure and used it as the “wax” for a lost wax casting in aluminum. It didn’t come out perfect, so I call it “Battle Damaged Spartan,” but what I really love about it is that I hand-built the wood-fired kiln I use, created the mold from scratch, heated the mold, melted the aluminum in a crucible, and finally poured the aluminum into the mold after the figure had burned out, resulting in an aluminum Spartan! That process is another really cool, physical and visceral thing that takes me back to my roots as an artist, and the years of experimentation with wood-fired kilns leading up to that moment have been very rewarding.

What is your favorite game, and why?  What aspects of that game would you personally like to see in Halo Infinite?

I have a long list of games that I love and that have strong emotional significance for me, so it’s hard to pick a favorite. But if you twist my arm, I’m going to go with Golden Axe: The Revenge of Death Adder. Bear with me, cause it might be a long story. I met my best friend in college; we became basically inseparable during freshman year. At one of our regular jaunts to the student union arcade, we played Golden Axe: TRODA and dumped something like 5 – 10 dollars (each) into it before we gave up. But my friend said, “No! We are going to play this game every day until we can beat it. We will come here with one quarter each and play until we die, and then the next day, we will do it again!” And we did. There followed maybe a year of epic Golden Axe training.

Picture a sweet training montage, two dorky kids standing at the machine, maybe some 80’s rock?, terse utterances like “Hold screen; moving up!” or “I’ve got top rank; dragon ready!” or “Why are you hitting me, a$$hole?!” Anyway, eventually, we actually did get to the point of being able to beat the game with one quarter each, co-op. I always played as Trix, and my friend always played Goah. We each started carrying a quarter in a pocket every day, and when we ran into each other in the student union, we’d make a big show of going, “Oh, what’s this in my pocket? Huh… it’s a quarter.” “Oh, strange, I also seem to have a quarter in my pocket.” And then we would go win the game. Those were heady days. And then. One day. We went to beat the game, and someone was there playing OUR game! We were affronted. Who has the temerity to play OUR game? Doesn’t he know who we are? We exchanged glances and whispered comments about how this guy couldn’t last and would soon leave after dumping lots of money into the game. And then we waited. And watched. And waited. And watched. This guy was amazing. He’s playing by himself, and never dying, never putting in any money… and we watched him until he beat the game by himself, on one quarter! It was mind-blowing. From that day onward, we called him, “the Master.”

And anytime he was there playing, we watched to learn as many tricks as we could. Anyway, that’s why I now own a stand-up cabinet of Golden Axe: The Revenge of Death Adder. And when my friend comes to visit from the other side of the country, we still play it. If there’s anything I would love for Halo Infinite to capture, it would be that sense of camaraderie, learning, mastery, and, finally, surprise.

Tell us about your dogs and provide evidence of them.

Like most dog owners, my wife and I are convinced that our dogs are the best dogs in the world, except when they’re being terrible. They are named Orckers (the big one) and Ollie (the little one). They bring joy and silliness to our lives like nothing else can. 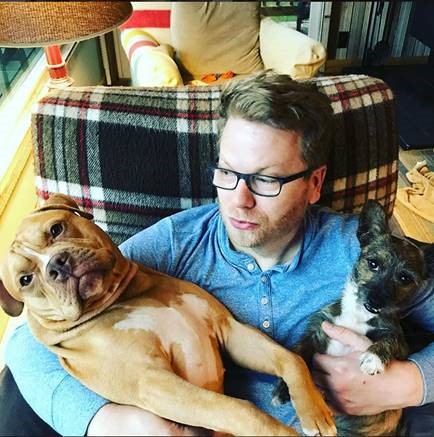